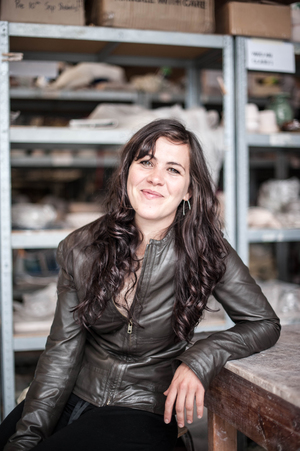 Tallie opened Turning Earth in 2013 after using  similar open-access ceramics studios while touring the US as a theatre manager. She is inspired by the ceramics culture across America, where a hundred times as many people practice the craft (despite the population being only ten times the size) and where value is placed on the work of hobby makers. Her vision is to make ceramics an accessible craft that anyone in the UK can practice, whatever their reason for doing so.

Tallie has a background in sales, and has worked in fundraising in the charity sector and in merchandise and management for large-scale theatre projects. She understands that sales and marketing skills are important for craftspeople in a digital age and enjoys creating opportunities for artists to develop their businesses.

Tallie’s first professional role was as a consultant in the field of corporate social responsibility. She brings her commitment to building a sustainable and just world to every project she works on.